Things That Will Make You Gorilla Safari Adventurous

Home Advice Things That Will Make You Gorilla Safari Adventurous 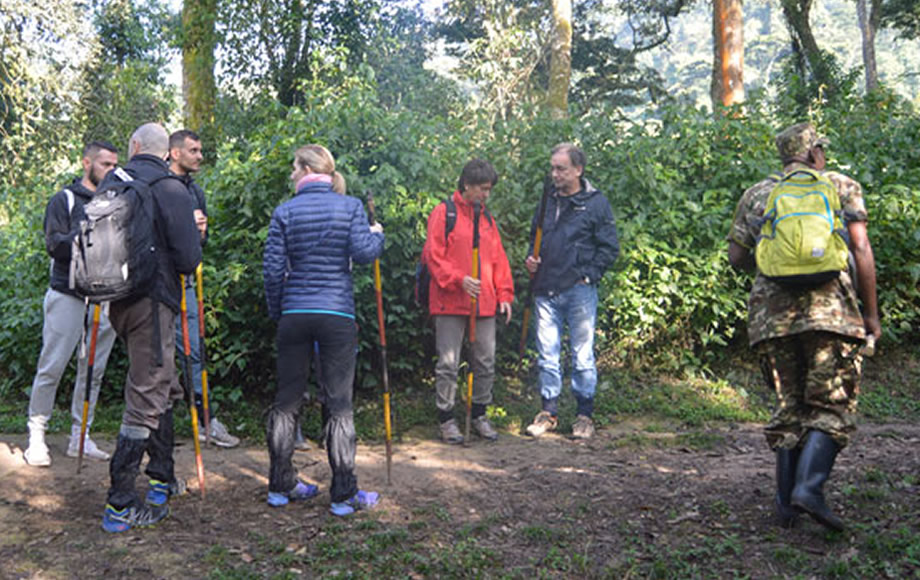 Things That Will Make You Gorilla Safari Adventurous

Since it will be your fast time to see the mountain gorillas in the national parks of Bwindi Impenetrable National park and Mghahinga Gorilla National Park, you should have the background information about the endangered Mountain gorillas. Usually this should entail the behavior, history, facts the diet and the main predators to the mountain gorillas while in the wilderness.  For you to fully enjoy your mountain gorilla adventure, you should carry along with you a good camera which will enable you to take some photographs. This is because you will not be allowed to carry the gorilla species to your country of origin. The only way to carry memories back is by taking some photographs which will enable you remember the   unforgettable experience.

The habitat for the mountain gorillas

In Uganda, the endangered mountain gorillas do not stay in zoos, rather they stay in the Bwindi Impenetrable forest and Mgahinga gorilla forest.  These are dense forests with very thick vegetation. Presently, approximately seven hundred and eight six endangered mountain gorillas are remaining in the world and almost half of this figure is staying in Bwindi Impenetrable National Park which is found within Eastern Africa.

Lodges for your gorilla expedition

The Bwindi impenetrable forest presents a wall of the forest and the landscape is sculpted by man, not unnatural but wild only where a legal instrument has restricted man’s use of nature.  Bwind’s protected forest is very sharp with much cleared agricultural land rising up the mountain side and defining the protected area boundary. There is a little un protected land being left that could be cleared for agriculture. This piece of land is highly managed and the management is under the landscape which is attractive with its patchwork of precipitous fields. Under the considerable population pressure, the Batwa people were displaced from the Bwindi forest

Mountain gorillas have been considered as the largest great apes and the most endangered species of the great apes. They do live in the afro montane forests in South Western Uganda, Northwest Uganda and Eastern Democratic Republic of Congo. They do live in most impenetrable parts of the tropical forests of East-Africa with over 320 individuals inhabiting the slopes of the Virunga which stretches out from the border area in Congo and over 300 mountain gorillas being found in Bwindi National Park in Uganda which covers about 330 square kilometers. Mountain gorillas do live in groups which consist of about 25 to 35 members and usually there is one leading male which is accompanied by several female and the young ones. At birth, a gorilla weighs on average 2.5 kilograms which is half of the weight of a human baby though it develops twice as fast.

Within a period of forty (40) weeks, it can walk and reaching 3 years it slowly becomes independent while at 6 years they are about 1.20 meter tall and weigh almost 70 kilogram then it matures and continue gaining weight for the next 4 years. On reproduction, they do reproduce slowly, thus the world population does not increase rapidly while their gestation period is approximately 8.5 months and gorilla mothers do give birth to a baby once in every four (4) years. In most cases,30 percent does not survive their first year because they are attacked by diseases and accidents while others die because their father dies and another silver back takes over and because of this, this new male often kills all the babies of his predecessor, while securing this own genes in the posterity