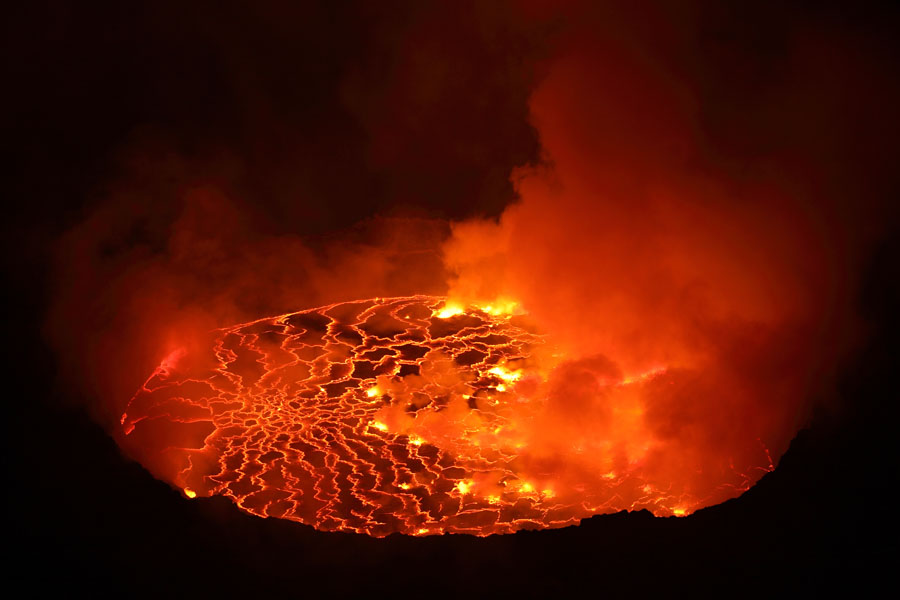 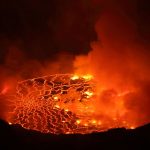 You’re wondering when is it safe to visit Nyiragongo for a climbing Adventure in Congo, Don’t miss to watch the active volcano in Congo on your Congo Gorilla & Nyiragongo Trek safari Holiday. When planning your Virunga National Park Safari holiday it’s wise to do a bit of research on when to go for the experience that you want in Congo As a general rule, Democratic Republic of Congo is warm and sunny throughout most of the year and even regions within a country experience a variety of climates. The key thing to remember if you’re planning a Congo safari is the difference between the dry and wet seasons.

Nyiragongo volcanoes can be visited all year round but keep in mind there is unpredictable weather changes such as regular rains during certain months of the year because Nyiragongo is in the middle of equatorial rain forests. Like from March to May and as well as November tends to be a rainy season. The dry season begins in June to October and also December. So during the dry seasons  the forest are always clear giving you a chance to enjoy and take photographs of the stunning landscape views of the greater Virunga mountains national park. Nyiragongo Hike in Congo is a year-round activity but Nyiragongo hike will be appreciative during the drier and cooler months of January and February and again from June to September.

What a place! It’s simply incredible to have the chance to climb an active volcano and sleep on the border of the crater. Hike is tough, mainly because there is not much warming up; it’s a constant climb with little rest, although several stops are planned. Being quite fit would be enough to make it but most probably you’ll suffer a bit. The thing is that when you arrive to the top and you see the magma…well you just simply forget about all the rest! It’s difficult to explain the feeling.

With Nature Adventure Africa Safaris Ltd, Uganda, you can get this ultimate experience at a relatively lower cost with the best tour guides you would ever think of. Enjoy the dark crusty surface of lava, spliced and splitting into ever changing plates. As the plates separate, bright orange lava fill the cracks and a fantastic spider-web pattern emerges. Every now and then fountains of lava flare up disrupting these pretty patterns, but adding a surge of dynamism and power to this spectacular sight.  Sometimes, fountains appear throughout the crust like a collection of campfires, creating yet another fascinating show.