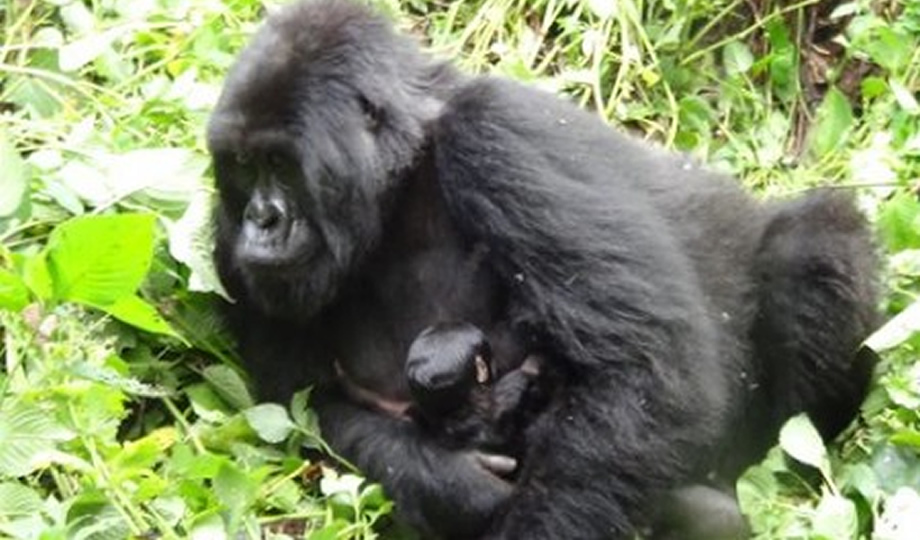 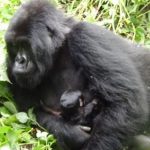 It is with great joy that I announce a birth in the Bageni group. This latest addition was brought into the world by Karibu – with a little help from silverback Bageni. My rangers and I have not been able to get close enough to determine the gender of the baby, so we have yet to give this little one a name.

Since Bageni won control of the Kabirizi group females and started his own family, he continues to prove that he is a good father and protector. Meanwhile, silverback Kabirizi, the former leader of the group who lost control over a year ago, now spends his time with other blackbacks and juveniles in what is left of the Kabirizi group. 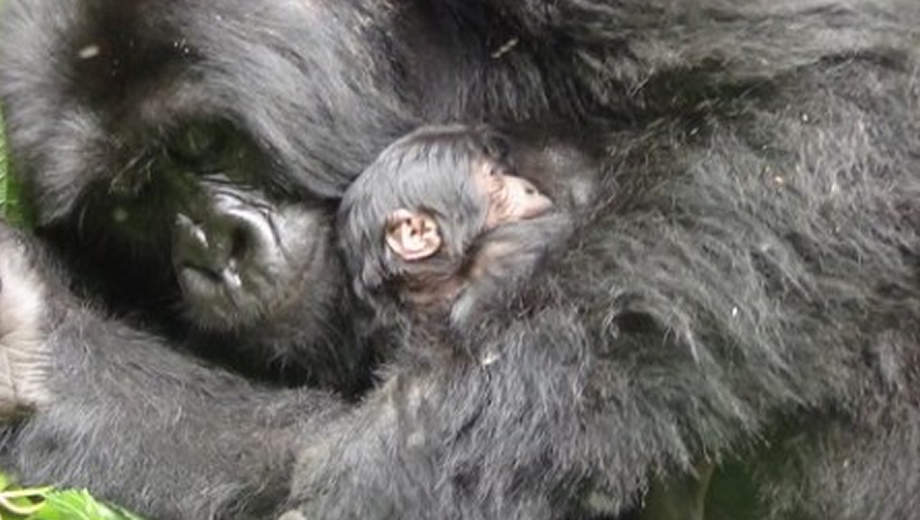 Once commanding a group of as many as 34 individuals, Kabirizi was a force to be reckoned with. Time has taken its toll on him, but at least Kabirizi has a legacy of which he can be proud. In fact, we believe Bageni is actually his son, so this really is a case of “keeping it in the family”.

May this baby’s days be long and prosperous!