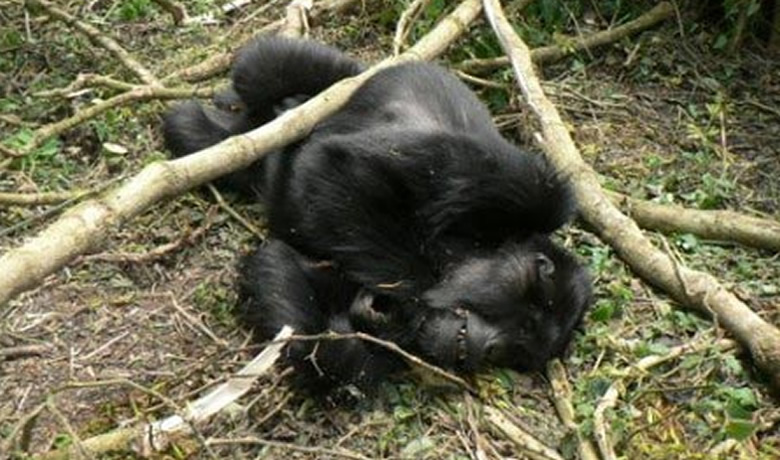 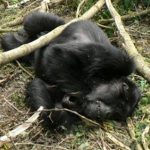 Bariyanga, an adult gorilla in Virunga National Park was found dead. Bariyanga was an almost adult blackback and weighed in at 70 kilos.
Bariyanga was found lying on his side surrounded by broken branches. It wasn’t at first clear if there had been a fight or if Bariyanga has simply been unlucky and fallen while climbing.

Details from Bariyanga’s death are now emerging- these photos were taken at the scene:

The first major discovery was that Bariyanga is actually a sub-adult male. We have only known this gorilla since last December, when the Rangers re-discovered the Rugendo group after the rangers returned to the park after a long, forced absence. On that day we found this new wild gorilla in the group and named it Bariyanga after a Ranger that had recently died. Bariyanga was still not habituated to humans and so it was difficult to get close enough to observe properly. We thought she was an adult female, but in fact it was a sub-adult male (this is actually not the first time we have had surpises among the sexes). 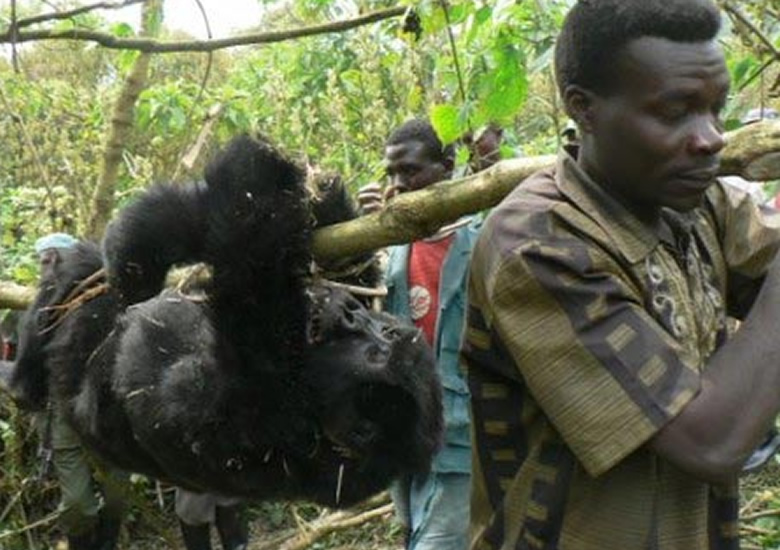 The Rangers were helped by members of the local community who carried the body out of the forest and to the Bikenge Patrol Post. The post-mortem examination by the MGVP vets found major internal bleeding in the chest and neck. No signs of bite wounds or other injuries. The conclusive results can only be made once they get the laboratory results on samples taken, but the current evidence all points to a nasty fall from climbing as the cause of death.

Bariyanga’s body was taken down to Rumangabo and will be buried at the gorilla cemetery.