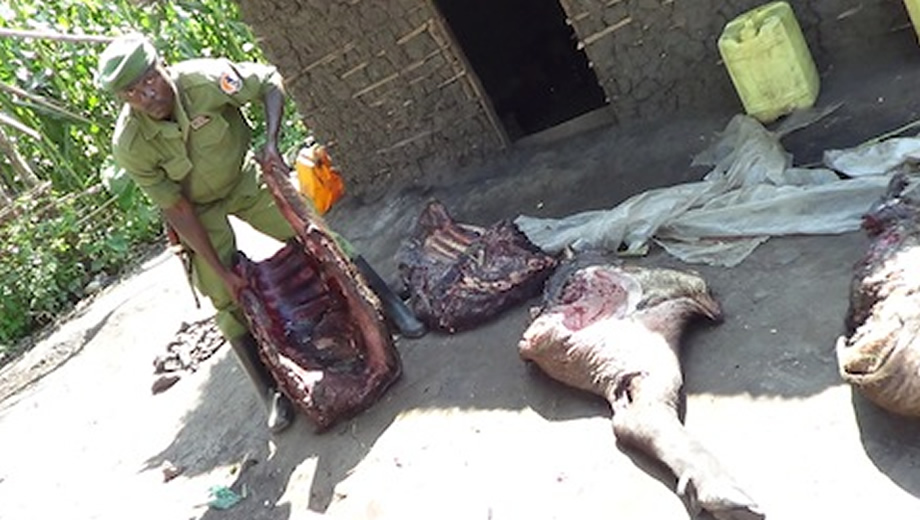 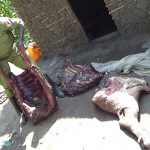 A few days ago our deputy warden of the southern sector, Sekibibi, received a message that a buffalo had been slaughtered in Kahunga, a troublesome wildlife corridor where some of our elephants have been killed.

Sekibibi took seven of our rangers to the site to collect the poachers and burn the meat, but they were told the poachers had to remain at the nearby town of Rutshuru.

It’s always frustrating to see our large mammals slaughtered. The community is rapidly taking this particular wildlife corridor for agriculture and poaching, despite intense efforts by the park’s community liaisons to stop it. Although some progress was made at the beginning of the year, the conflict that began in April slowed down the community negotiations, and poaching has increased significantly throughout the central sector, with elephant poaching up 50% from last year.