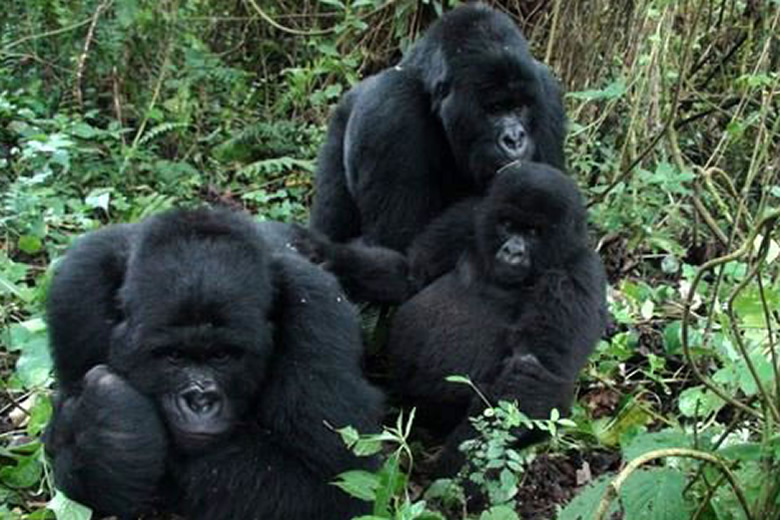 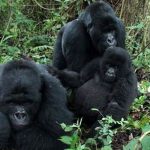 We have some excellent news. We have finally seen the Rugendo Family, our most habituated group of gorillas in Congo, but also the most traumatized after the July 2007 massacre.

I am extremely happy to report that the family now numbers 9 individuals – up from 5.

The family still has the same 5 individuals who made up the family in August 2007 – that is Mukunda (Diddy’s favorite gorilla!), Kongomani, Baseka, Noel and Bavukahe.

Today the group is also being led by 2 Silverbacks – Pili-Pili and Bukima, who were both solitary last August.

In addition Lubutu – who if you remember was missing from the Humba family – is fine and well with the Rugendo family!

And finally, a new female that we have never seen before has joined the group. We have named her Bariyanga, after a Ranger who died from illness this October.

The moment of seeing the Rugendo family, with the new individuals, brought great joy to me, Diddy and the other Rangers. It really was one of the best days so far of the census. This family has always been special to us because Rangers started habituating the group back in the mid 1980s. And after the massacre of July 2007 we wondered whether the gorillas would manage to stay together. Not only have they stayed together, but they have grown, are healthy and now have a new family structure.