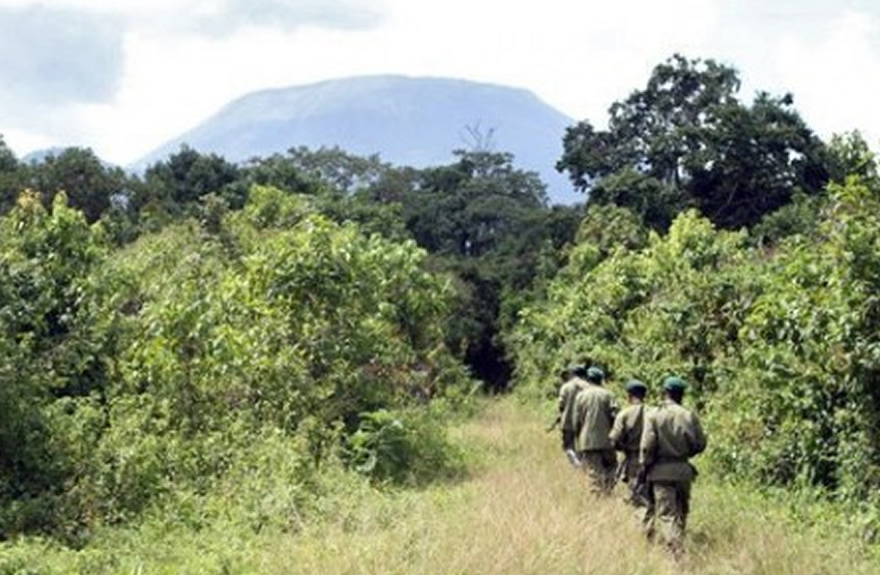 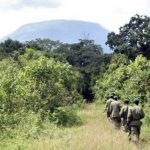 Since the recent increase in FDLR and Mai Mai rebel activity in the central sector, and the takeover of the gorilla sector by M23, we have also seen a renewed increase in the last six months in illegal charcoal production in our volcanoes sector, destroying the park’s forests. Several weeks ago we began an operation to take back control of this area.

The volcanoes sector is located on the west side of the main north-south road from Goma. Smoke from charcoal kilns can be seen rising from the forest along a 20+ km stretch. A company of Virunga rangers has been conducting daily patrols of this volcanoes region, and daily finding and destroying illegal charcoal kilns.

A patrol also went to the top of Nyiragongo, our active volcano and a popular attraction for visitors prior to the insecurity in the region. This trek had to be closed in April, and we needed to see the condition of the eight A-Frame shelters, as well as check out the security situation. It appears the rebels have not come to the top or damaged any of the facilities, but the volcano itself and the weather have. Many of the shelter roofs have corrosion holes, and the wooden toilet house has blown away. Under normal circumstances the park would be conducting regular maintenance, but it has been impossible until now. Unfortunately, we still can’t predict when the volcano will re-open for tourism.