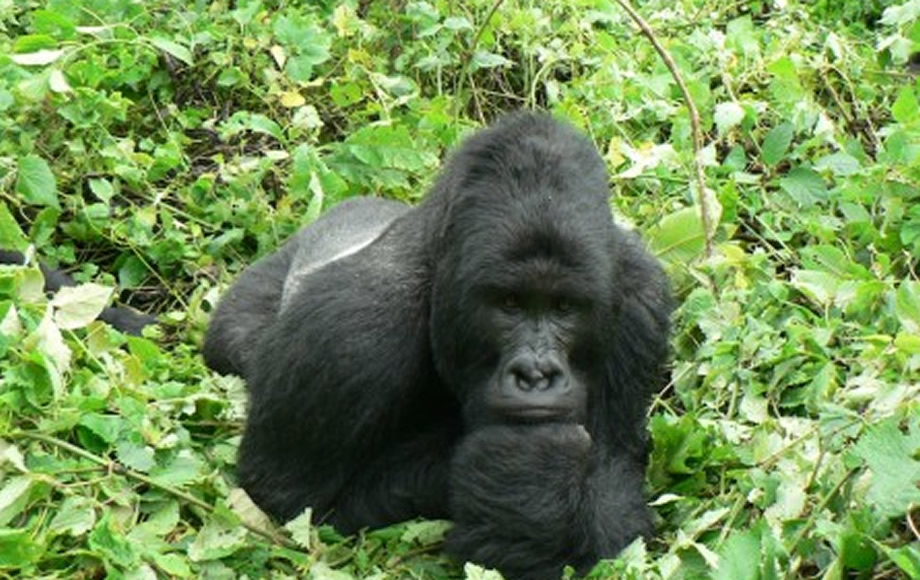 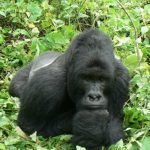 Last week, Dr. Eddy and Dr. Martin of MGVP to check on silverback Bageni and his family. As you will remember, Bageni got in a bad fight with silverback Mukunda and suffered some deep wounds to his arm. Fortunately, Bageni’s wounds did not become infected and they are showing good progress. We observed him to be walking, holding leaves, eating, and climbing trees without any problem. He seems to be very proud of his new family and is clearly a good leader. His family includes his mother, Mapendo, his three little brothers, blackback Kanamahalagi, sub-adult Kamoso, and Ntamuvulira, the baby. At 15 years old, Bageni is a young silverback, but he seems ready to be the patriarch of this family.

Silverback Mukunda was observed to be healing from the fight as well, but the wounds on his feet still haven’t healed fully. This is understandable because he isn’t able to stay off his feet. Healing will be a slow and uncomfortable process for him.

Getting back to the struggle for dominance between these two silverbacks, it’s easy to understand why Mukunda thought he was the stronger of the two. At 18 years old, he is three years older than Bageni and his past fight with blackback Jeshi is likely to have made him feel very confident. Mukunda killed Jeshi in that fight, but this happened when Jeshi was ill, very weak, and had been abandoned by his family. Bageni, however, is a healthy young silverback, and in this instance, had blackbacks Kanamaharagi and Kitagenda come to his aid. Bageni himself may have been able to defend his new family, but with his two young allies, Mukunda was simply outnumbered.

Although Mukunda was driven off, let’s remember that he still managed to inflict serious wounds on Bageni. Displays such as this lead us to believe that Mukunda will follow the footsteps of his father Rugendo and one day become the leader of his own family.