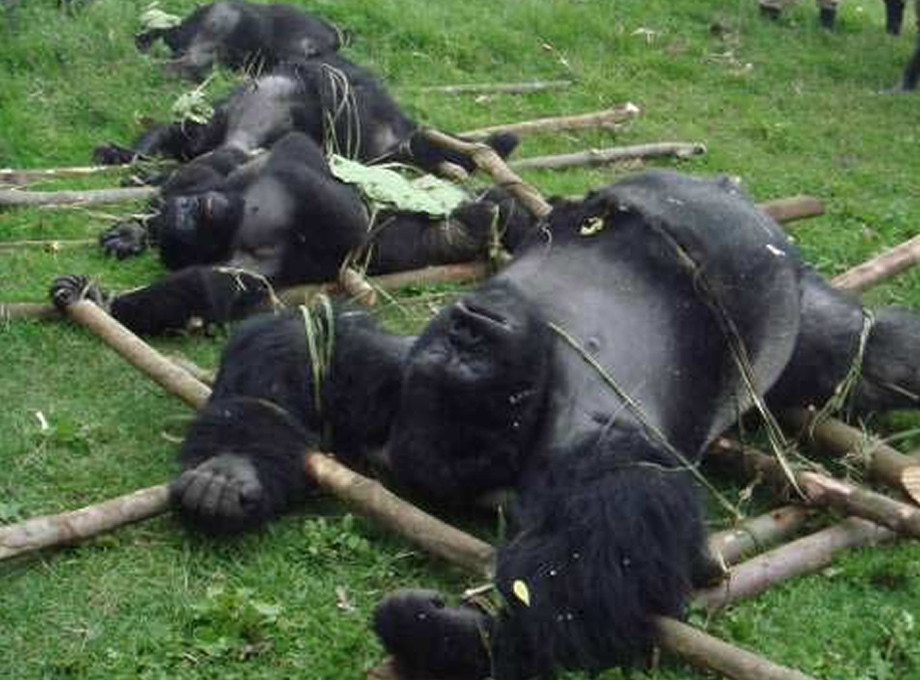 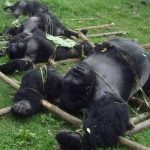 I was in Goma on the night of 22 July. Emmanuel de Merode was in Bukima with members of my team, and Scott and Brent of Newsweek. They heard shots at around 8pm. The next day, a patrol went in from the Bikenge patrol post and quickly found the bodies of three females. It was crushing to hear the news. It is the worst thing that can happen, when a whole group is attacked, and when so many are killed. The females were Neza, Safari and Mburanumwe. Safari became famous in the newspapers when she had her baby, Ndeze, back in February. Mburanumwe was a young subadult female, who was pregnant. It is a massive blow to our efforts to protect the gorillas. 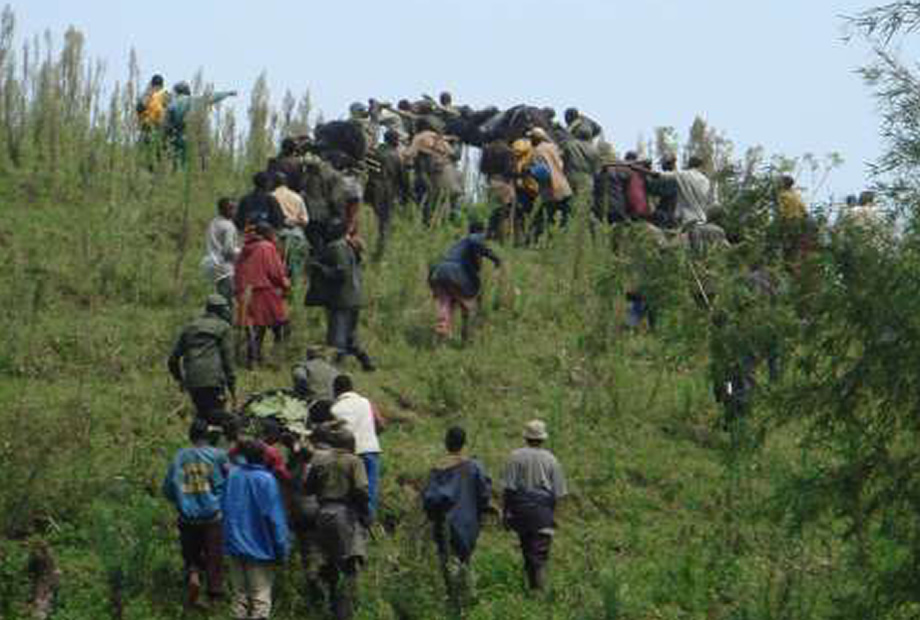 It was pouring down with rain when the Bukima team arrived. Mburanumwe had, for some reason that we couldn’t understand, been badly burned. I think it must have been done to offend us, but I don’t know. It’s difficult to get into the minds of people who can do a crime as terrible as this. It was still late and pouring with rain so the search was called off and the team returned to Bukima.

The following day, people poured in from the surrounding villages. It was moving to see that our sorrow was shared by so many. They had come to help. 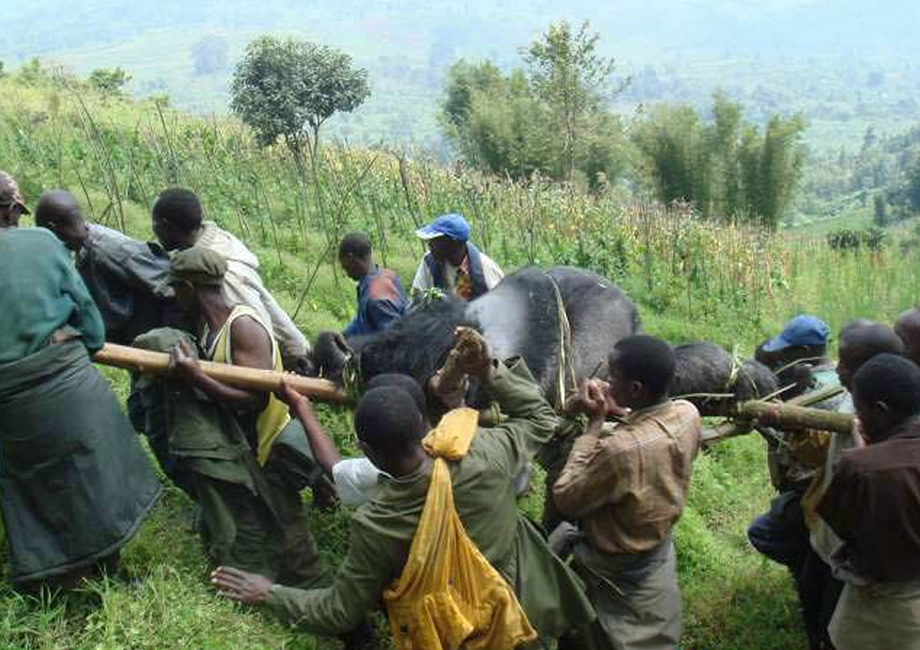 The team split into two groups, with one team of Rangers going into the forest with trackers to try to find the remaining gorillas, and the other to carry the dead gorillas back to Bukima and then on to Rumangabo for burial. They searched for other bodies, and within half an hour found the lifeless body of Senkwekwe, the Silverback of the group. This was a moment of great pain for all of us.

Our 4 gorillas were tied to stretchers, and then the long march began. A large number of people had to carry Senkwekwe, because of his enormous size. It was a long long walk that lasted for over three hours. 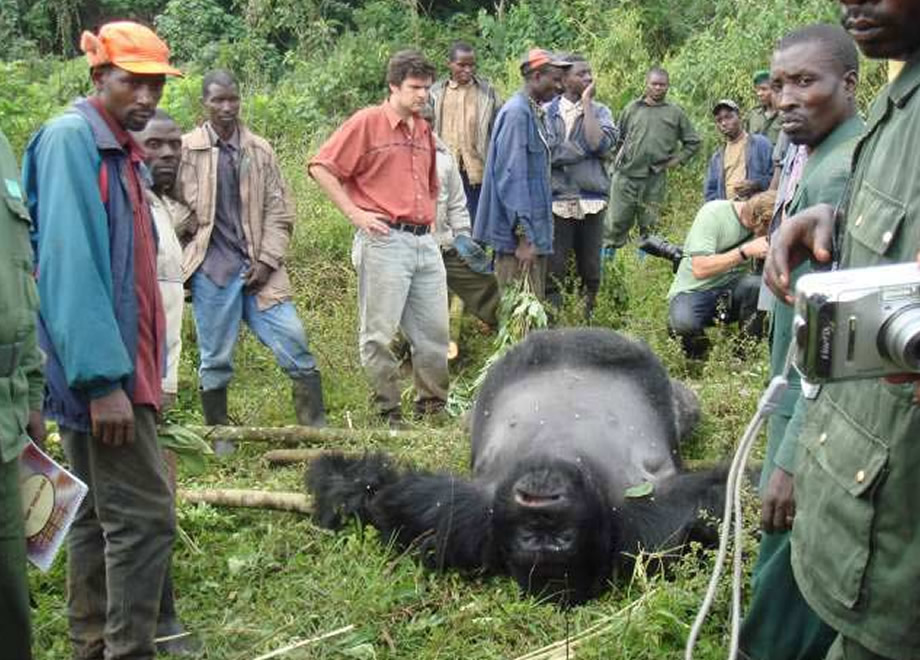 Eventually the procession arrived in Bukima, and the Senkwekwe and his group were take by vehicle to be laid to rest at the graveyard in Rumangabo.