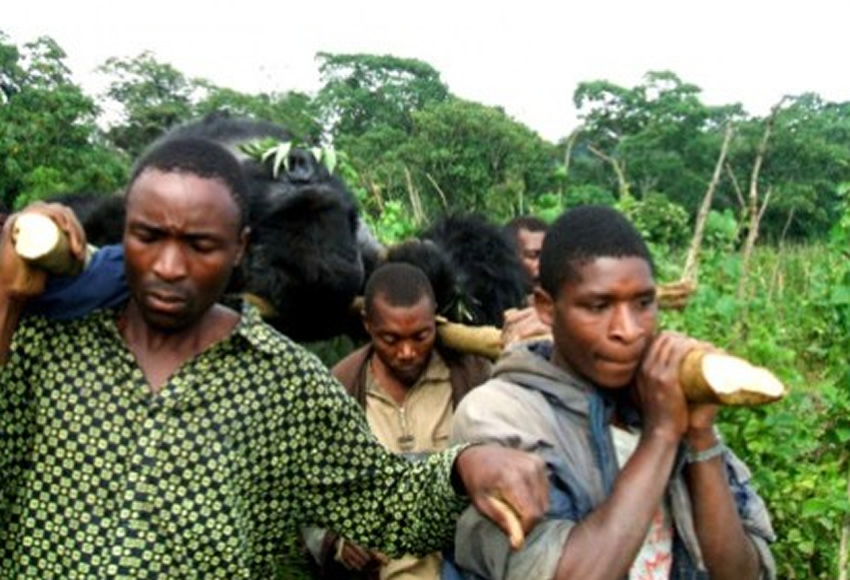 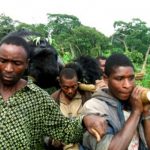 THE THREE YEAR ANNIVERSARY OF THE GORILLA MASSACRE: CONGOLESE RANGERS COMMEMORATE THE TRAGEDY

On the morning of 22 July 2007, Rangers in Virunga National Park found the bodies of four mountain gorillas. They had been murdered by gunmen; shot at point blank range in the manner of an execution. The remains of another gorilla from the same family were found three weeks later. Her infant was missing, presumed dead. Images of the tragedy were broadcast across the globe, bringing attention to the threats facing this critically endangered species.

War evicted the Rangers from the park soon after the massacre. When they returned they tracked and monitored what was left of the brutalized Rugendo Family, and all the other Mountain Gorilla Families, every single day, witnessing births, deaths and violent interactions.

Now, three years on the Gorilla Sector is demilitarized and under control, and the Congolese Wildlife Authority is in the process of reorganizing the park so that there will never be another day like 22 July 2007, and that the Rugendo Family along with all Virunga’s other Mountain Gorillas, will have a future.

The victims of the massacre are buried in the Gorilla Cemetery near Rumangabo Station. Their graves are not the only reminders we have of these wonderful animals. We have their descendants. Machibiri left us Jeshi – now a Blackback in the Kabirizi Family – and Kamyalire, who moved to the Humba Family some months ago.Neza gave us Bilali and Noel. Bilali is now a mother herself and lives with her baby Kakule, in the Munyaga Family. And Noel, who is still with the Rugendo Family, is doing well. Nsekuye left us Janja, Kayenga, Ruzuzi and Ndakasi. Janja, and Kayenga are in the Kabirizi Family; Ruzuzi is now a Sub-adult; and Ndakasi, having spent two years in Goma, now lives at the Senkwekwe Centre. Safari left behind Kongomani, Bavukahe and Ndeze. Kongomani, who is now a Sub-adult, is still in the Rugendo Family; Bavukahe traveled east with the Silverback Pili-Pili; and Ndeze lives with Ndakasi at the Senkwekwe Centre.

As we remember the Gorillas who died in 2007, we ask you to help us to protect their offspring, along with Virunga’s other Gorilla Families, by signing up to the programs that we’ve set up here on the website, such as Guard a Gorilla or Protect the Park. Please visit the page Why We Need Help, to see all the ways that you can donate.