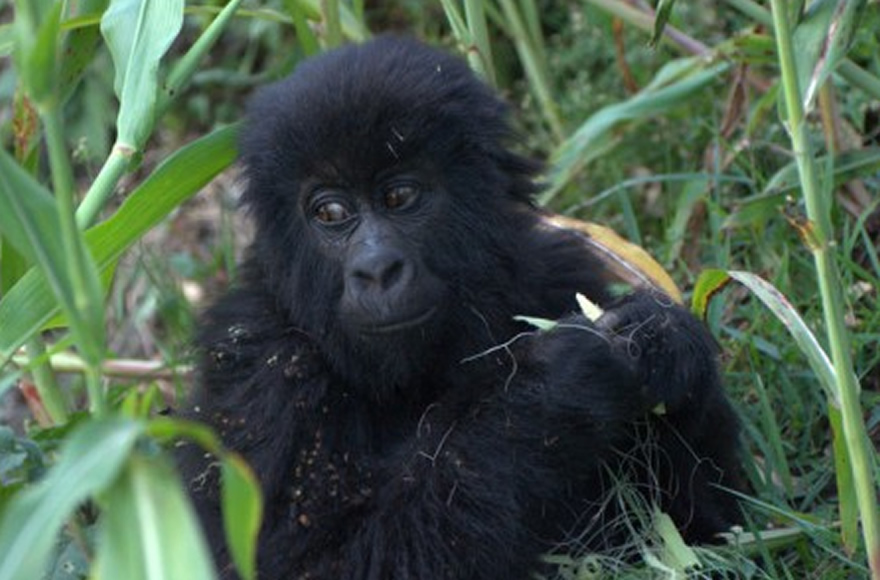 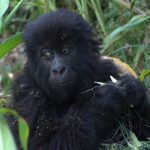 A few nights ago we received a call from the head of Bikenge patrol post, who told us a very young male gorilla was found alone in a cornfield two kilometers outside the park in the village of Kasura. Our rangers ended up spending the night in the cornfield protecting the baby because they needed to determine which family he came from before moving him.

Thinking the juvenile belonged to either the Mapuwa or Lulengo family because of where he was found, we set out first thing the next morning to do head counts of those families. We started with the Mapuwa family, which is the family that just welcomed a new baby a few days ago. As was the case then, the family still had 19 members. Since we didn’t have enough daylight left, we had to wait until the next day to check the Lulengo family. Again, our rangers had to spend the night in the cornfield guarding the young gorilla. The following morning, we headed out to find the Lulengo family to see if they were missing a young gorilla. Like the Mapuwa family, their family unit was complete with all its nine members.

This was not the news we had hoped for because it likely meant this young gorilla was a victim of animal traffickers. Of course, this also means it is highly likely members of this gorillas family were killed during his abduction. 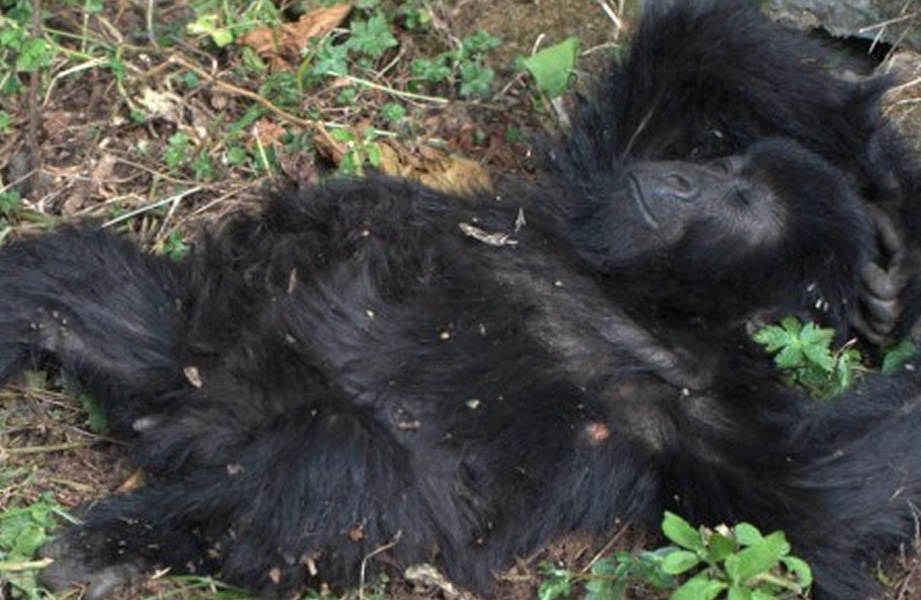 The rangers who protected the baby around the clock estimated he was about three years old and appeared to be in good health, aside from being covered with body lice. He also had a good appetite. Not surprisingly, he liked maize, but he was also eating the Drogosta plant, which is a staple food of the mountain gorilla. The other interesting thing was how comfortable this gorilla was with humans — too comfortable in fact. This fits with him having been in human hands for some time. After a number of cursory scans of his body by Dr. Martin Kabuyaya, who was with the rangers in Bikenge when the call first came in, a small wound under his arm was found. On even closer examination, a thin line of missing hair was found on his back, which suggested to everyone that this gorilla had spent a lot of time tied up with a rope. Again, another clue this baby was taken by animal traffickers. Our best guess is they abandoned him out of fear they would be caught and sentenced to time in prison. 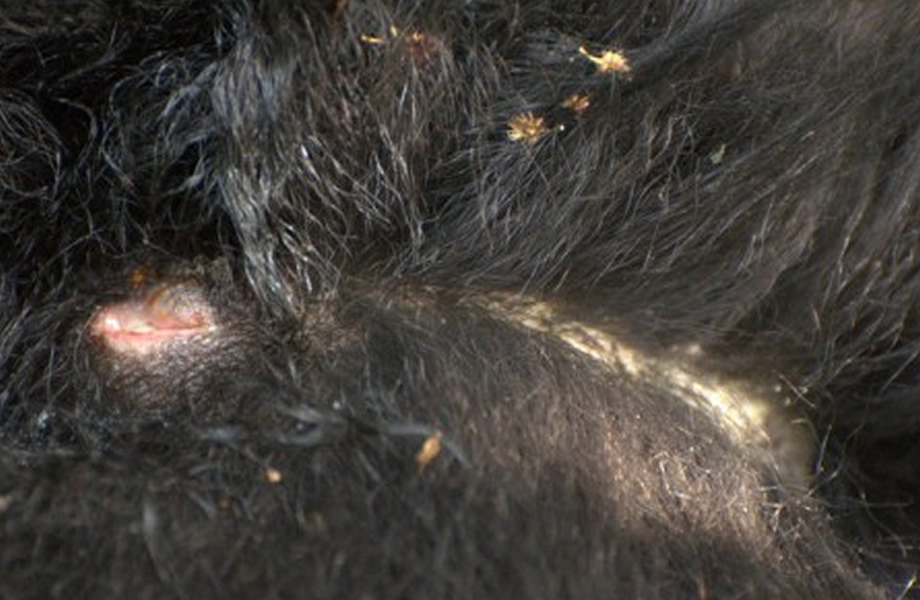 Rangers guarded the gorilla until a team of Gorilla Doctors arrived on the fourth day. Gorilla Doctor Martin Kabuyaya, who was with the rangers from the beginning, teamed up with fellow vets Eddy Kambale and Dawn Zimmerman to transport the gorilla safely to the Senkwekwe Center at park headquarters in Rumangabo. Once there, they gave him a complete physical, immunizations, and also took genetic samples to determine if he is a mountain gorilla or an eastern lowland Grauer’s gorilla. We have decided to name this little one Matabishi, which means “gift”. His survival is indeed a gift to all of us rangers.